Overview of agrometeorological situation of September 04, 2020 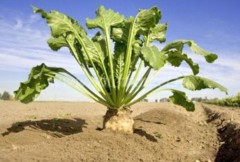 Overview of agrometeorological situation of September 4, 2020.
There was a lack of soil moisture, which held back the growth of root crops on most of August in many beet-growing regions of the republic. At the end of August, the weight of the root crop was less than last year's indicators for the same period. By the beginning of September, in most of the beet-growing regions, sufficient moisture supply was restored. In the near future, agrometeorological conditions will mainly contribute to an increase in the mass of sugar beet roots. Conditions for the accumulation of sugars in root crops worsened in the last ten days of August and in early September are not developing in the best way. According to the latest data, the average sugar content of root crops is slightly higher than last year.
In most of the observed fields, the phase of "yellowing of the lower leaves" was noted in sugar beets.