Review of the agrometeorological situation of August 14, 2018 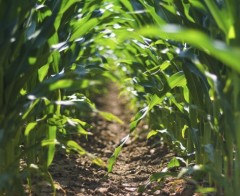 Despite shortage of precipitation water availability of potato, maize, root crops and herbs rests sufficient. According to operational determination of soil moisture made by meteorological stations at the end of first decade, excessive moisture content in soil remain in some areas of Vitebsk and Mogilev regions. Moisture content declined in southern part of the country and in the west. Productive moisture content is satisfactory in most areas here. Poor moisture content is registered in some areas of Brest region, in the south of Grodno region and in the east of Gomel region. Conditions for harvest of late agricultural crops worsened at sites with moisture deficit particularly root growth declined notably in beet-sowing zone of the country. According to recent observation data 10 cm topsoil is poorly moistened in large areas of Belarus, according to data of some meteorological stations – dry which makes it difficult to soil treatment for sowing of winter crops and cruciferous plants.
In the coming days, rain will renew moisture content but not all over the country. Moisture deficit can remain in some southern areas of the Republic of Belarus.