Review of the agrometeorological situation of August 2, 2018 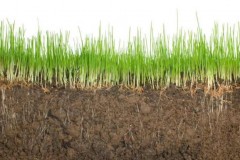 Water availability of potato, maize, root crops and herbs is good and increased after recent frequent and in some regions heavy rains in most of the country.
According to operational determination of soil moisture made by meteorological stations on July, 28, productive moisture content was ranged from 45 mm to 125 mm in the half-meter subsoil, from 25 mm to 55 mm – in the tilth topsoil. Moisture content is excessive in some areas of Vitebsk, Mogilev and Minsk regions – 130-165 mm in the half-meter soil layer, 55-70 mm in the tilth topsoil. Moisture content is satisfactory only in some areas of south-western Brest and south Grodno regions at the time of its determination.
Sufficient water availability of agricultural crops will continue in the first decade of August. Early in the month, weather conditions will contribute to reduction in the wetlands.