Review of the agrometeorological situation of December 22, 2018 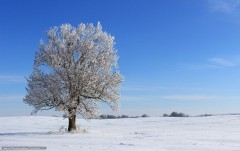 Agrometeorological conditions for winter sowings are satisfactory. Depth of soil freezing is, in general, 5-15 cm, in some areas in the north-west and north-east – 20-33 cm. Soil is frozen 1-4 cm deep in the western part of the country which is warmer. Soil is thawed on the fields in certain areas of Grodno, Brest and Gomel regions. Soil temperature remains higher than optimal values at depth of tillering zone of winter cereal crops. Under such conditions, plants under snow cover increased consumption of nutrients.
Agrometeorological situation will not change significantly until the end of December. In the coming days no low temperatures that are dangerous for winter sowings are expected.