Review of the agrometeorological situation of June 26, 2018 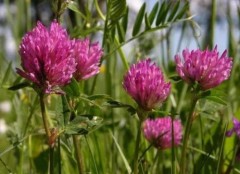 Past rains augmented soil moisture content primarily in the topsoil. According to recent data of visual observations topsoil is well-watered in most of the Republic. There are favourable conditions for tilling of row spacing of clean-tilled crops, for potato mounding. Conditions for agricultural crops growing have improved mainly in the eastern part of Belarus with most intense rains. Topsoil is even waterlogged in the north of Mogilev region.
There is soil drought in the west and south-west areas of the country which received less rain. So soil is in poor humidified condition or dry even at 10 cm depth in most of the Grodno areas, in some areas of Brest region and in the west of Vitebsk region. Agro-technical measures for plants handling are hampered, watering is required for vegetable crops, difficult agrometeorological conditions persisted. In the following days water availability of agricultural crops will not significantly change.