Review of the agrometeorological situation of May 22, 2018 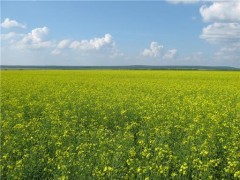 Last week the rains filled the soil moisture content unevenly across the territory of Belarus because of different intensity and not fully restored the moisture reserves necessary for the development of agricultural crops. In some areas, mainly in the southern part of the country, the lack of soil moisture remains. In places in Brest, in the northern Gomel and in some central regions of the Grodno region, primarily under crops, rapeseed and perennial grasses, the reserves of productive moisture remain low in observed fields. According to some meteorological stations in the Gomel region, the yellow leaves of the lower leaves were drought from winter cereals. Nevertheless, at most observation sites, the moisture content of crops is sufficient by results of instrumental determination of soil moisture.
In the coming days, due to the short-term nature of the expected rains in some parts of the republic, there will be a shortage of soil moisture. In areas with insufficient moisture availability, agrometeorological conditions for the formation of crop production remain difficult.