On April 27-28, 2021, a working meeting of specialists from Belhydromet, Roshydromet and FGBU Scientific Research Center Planeta was held in Moscow. During the meeting, issues of the development and development of a new information system GIS "SOYUZ", created within the framework of event 4 "Improvement of the system of environmental monitoring of the Union State using hydrometeorological means of remote observation" of the program of the Union State "Development of the system of hydrometeorological security of the Union State" for 2017 were discussed. -2021 years. The system being developed will allow in real time to receive information from hydrometeorological spacecraft on the state of the environment in the adjacent territories of the Republic of Belarus and the Russian Federation (such as: mapping floods (including on small rivers), monitoring large discharges (emissions) of pollutants, fire situation, the state of the vegetation cover and the aquatic environment, environmental monitoring), which is necessary, including for the control of natural and man-made emergencies. 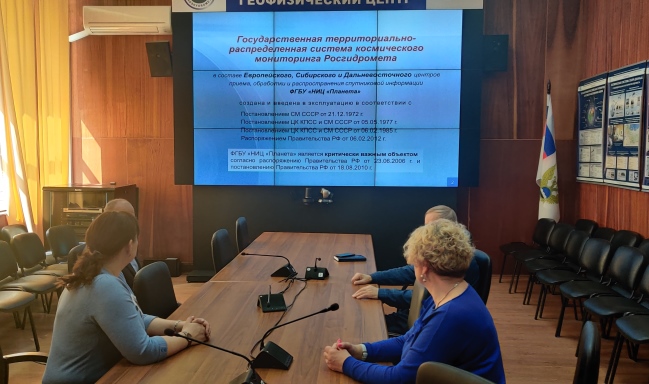 In addition, a discussion was held on the draft concept of the Union State program in the field of hydrometeorology and related areas for 2022 - 2026. Agreements were reached on finalizing the materials, including in terms of clarifying the performers and justifying the requested amount of funds for the implementation of the planned activities.