Review of the agrometeorological situation of March 13, 2020 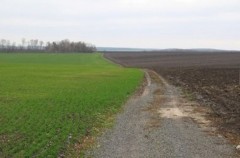 Upper 10-centimeter layer of soil remains moistened in most areas of the country due to past rains. Excessive moisture is noted in the Vitebsk and Mogilev regions on heavy soils. The upper 10-centimeter layer of soil dried out to moderate moisture state in Gomel, in the greater part of the Brest region and in some areas of the Minsk region. It is being processed, fertilizing and agronomic measures to care for winter crops in areas where the soil has dried out. Sowing of the most cold-resistant spring crops oats and barley began in the southern part of the country
Expected cooling will halt soil maturation and agricultural field work in the near future. Soil temperature will drop down. Small snow cover may appear due to negative temperatures. The upper layer of the soil will freeze. Vegetation of winter crops and perennial grasses will slow down.