The average air temperature in Belarus for the first autumn month of 2021 was +10.8°C, which is 1.3°C below the climatic norm. This and lower air temperature per month is observed on average once every 4-5 years, and the last time - in 2000. 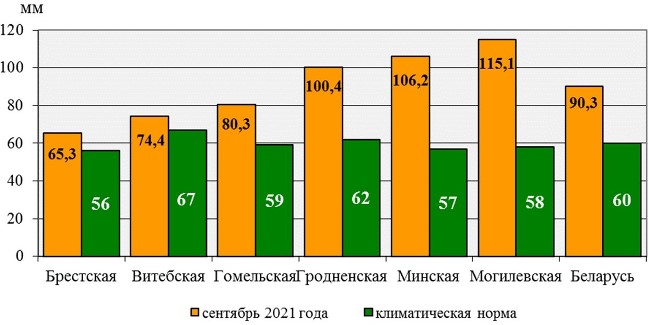 Precipitation and climatic norm
through the decades of September 2021 across the territory of Belarus
In some places, an increase in wind speed by gusts of up to 15 m/s and more was noted. The maximum wind speed was recorded at Klichev station on September 3 (24 m/s). Fogs and thunderstorms were observed on some days. In Polotsk, hail was observed on September 2.